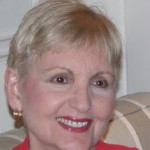 During this economic slump, companies are looking at the most cost effective ways to get out the word about their products and services. They are struggling to control their brand essence and key messages, as the Internet becomes the most important source of information for many consumers. But companies are overlooking their most important communications channel to the outside world – their own employees.

It is employees who are most often the primary interface between the company and its customers. New technologies are transforming the way companies do business. But employees are underutilized as brand advocates. They are not being motivated to rally around the company’s mission and goals. It’s not an overstatement to say that business transformation will only be accomplished by gaining the commitment of employees at all levels to drive growth and performance. The key to ensuring success is consistency of communications to the right people at the right time with the right messages.

But the media is an increasingly intrusive “partner” as reporters pounce on every bad piece of company news – often coming from the mouths of unhappy employees who are left out of the loop about important new company developments. Online chat rooms sponsored by Yahoo and Vault and networking sites like Twitter and Facebook provide public platforms for employees to vent their grievances and the media and customers are tuning in.

So a word of advice to companies about using your employees as your most ardent champions to help drive growth during these tough times:

Employees want their company to succeed. It’s in their best interests and they want to feel like they are part of the solution and not the problem.

Ranked by Crain as the 23rd Most Powerful Woman in NY.
Color Q Style: RED.

Known as the Queen of Torts, she has been named as the leading product-liability lawyer in the world for 3 years by the industry’s top trade publication. Translated, this means she settles high-end class-action lawsuits. Her challenge is to be creative and avoid long drawn out battles and litigations. Several years ago, I interviewed her for my book Women & The Leadership Q. This is a short summary of the interview.

The path began in the South Bronx of New York where she grew up the oldest of three. Money was tight; but it was a loving, extended family. Her parents ran a grocery store and worked long hours. Birnbaum was the first in her family to go to College. Though she always wanted to be a lawyer, at everyone’s insistence, she took a job as a fourth grade teacher so as to “not be more educated than her husband,” she recalls with a grin. Two years later, a not-so-happy teacher went ahead and enrolled in NYU law school. The marriage did fall apart, but a childhood dream was about to come true.

Of course it was still the dark ages for women lawyers. She became of counsel to Skadden, while remaining full professor and later associate dean at NYU, later leaving academia to join Skadden as a full time partner. Today she is co-head of the complex mass tort and insurance group. They represent major corporations in complex litigations and class action suits.

Like other Color Q Reds”, Birnbaum describes her leadership style as collaborative. It is leadership by example, by working with people to achieve a common goal. “Even in negotiations, when dealing with an adversary,” she says, “we try to bring people into the fold so they have a stake in the outcome. I don’t believe,” she continues, “you can lead by dictating and coming down on people.”

Activities she finds most energizing are twofold: getting new business, and strategizing on how to resolve the crisis in major litigation suits. “Usually it is all-consuming,” she says with relish. “You are dealing with government investigations, lawsuits in the courts, media issues and you have to respond on many fronts and often at the same time. It is around-the-clock crisis management.”

Others see her as a super rainmaker. Rainmakers are defined as those who bring in a lot of new business for their firm. “She gets to the heart of key issues and senses the right time to settle better than anyone I know,” says a former adversary with open respect. Like many Reds, Birnbaum embraces risk and needs excitement. “The worst thing that can happen,” she says, “ is that the telephone doesn’t ring all day. The more that is going on, the calmer I am,” she adds, “and the more I handle.” She finds long term goals of less importance.” I never had a five or ten or fifteen year plan,” she says. “I am ready for change all the time. I came to Skadden because I met someone at a cocktail party.” She continues, “we never had a plan for the product liability practice, we just started it, it kept growing and now it is the biggest group of its kind in the country.”

Also like Reds, she finds high stress situations energizing. Dealing with details, however, is boring. “I hate reading agreements over and over again,” she says, “or dealing with the nitty-gritty of the factual development of the case. I prefer to let someone else dig up the facts, and I come up with the solution. I enjoy enormously,” she continues, “going to court, making an argument before a judge or appellate panel, and negotiating.”

For Birnbaum, work is highly satisfying. “When you are considered a top player, you converse with top players. And people in your field recognize that. Power is walking into a room and getting instant respect. Power is the ability to make things happen.”

The following is an excerpt of my interview with Supreme Court Justice Sonia Sotomayor .

She describes her leadership strengths as first of all being highly organized.  “I find the most direct and quickest route to accomplish things.  “I just look at someone doing something and immediately think of how it could be done more efficiently.  Secondly,” she continues, “I am a good delegator.  I look at my staff, figure out their strengths and weaknesses, and then pick projects that will challenge those strengths.”

And what do others say about her?  “They perceive me as very hard-driving, aggressive, demanding, practical and grounded.  They say I get things done.”  She personally attributes much of her success to perseverance and stubbornness.  Also,” she adds, “I pick my battles very carefully, and when I approach them, I try do so in the least confrontational way.”  Of course every style has its blind spots and she readily admits to hers.  “Sometimes, I make decisions too quickly or I  get caught up in the pure logic of the situation and forget to consider how others will react.”

Like others of her personality group, Sotomayor’s comments reflect an emphasis on planning, prioritizing and setting clear, measurable goals.

Today her goals are geared to personal development.  “I have achieved my lifelong dream 20 years early,” she says, “now I need to improve my physical and emotional well being.”  She plans to travel once a year, exercise every day and spend more time with friends and family.  “Personal as opposed to professional development,” she says ruefully, “may prove the biggest challenge of all.”